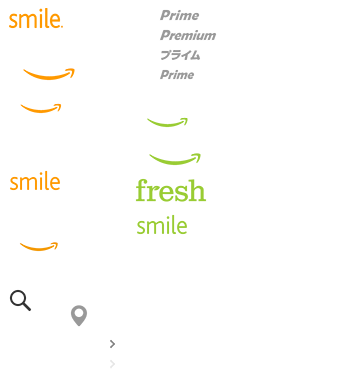 Enter your mobile number or email address below and we'll send you a link to download the free Kindle App. Then you can start reading Kindle books on your smartphone, tablet, or computer - no Kindle device required.

To get the free app, enter your mobile phone number.

The Cult of Osama: Psychoanalyzing Bin Laden and His Magnetism for Muslim Youths (Praeger Security International)

Scan an ISBN with your phone
Use the Amazon App to scan ISBNs and compare prices.
Have one to sell? Sell on Amazon
Share Facebook Twitter Pinterest
More Buying Choices
15 New from $37.99 9 Used from $8.98
24 used & new from $8.98
See All Buying Options
Read more Read less
Report incorrect product information.

"Theft by Finding: Diaries (1977-2002)" by David Sedaris
In one of the most anticipated books of 2017, David Sedaris tells a story that is, literally, a lifetime in the making. Pre-order today
See all buying options
The Cult of Osama: Psychoanalyzing Bin Laden and His Magnetism for Muslim Youths (Praeger Security International)
$64.00 Free Shipping for Prime Members Only 1 left in stock (more on the way). Ships from and sold by Amazon.com. Gift-wrap available.
click to open popover

"Olsson believes that delving into the mind of former US agent Osama and into the minds of anyone who supports his opposition to US hegemony, will help defeat terrorism. He also believes that Muslims and Arabs cheered the September 11th attacks. His insights include Osama's dark epiphany as prototype of Islamist leaders' pathological narcissism, and Osama and company's apocalyptic scenarios and rebellious group martyrdom in terror cults." - Scitech Book News

"It would be true enough to say that Peter Olsson has written a clinically astute and thoroughly researched book on Osama bin Laden and his zealous followers, but that would not go far enough. The Cult of Osama is in fact a gripping murder mystery on a global scale. Dr. Olsson's achievement is not only to demonstrate how Osama's life history set the stage for the unprecedented acts of terrorism on September 11, 2001, but also to demonstrate with equal authority the psychological fit between leader and followers, and further explore the process by which susceptible people are recruited and transformed into cult members. This is a work that synthesizes many fields of thought, and does so seamlessly, with a minimum of jargon." (Howard F. Stein, Ph.D., University of Oklahoma Health Sciences Center)

"This exploration of Osama and his followers is an absorbing and fascinating read. The author demonstrates how the application of psychoanalytic thinking to large group phenomena and to the dark recesses of Osama's mind illuminates a matter of great urgency at a time when understanding has become essential for the world to live in harmony. I highly recommend it." (Glen O. Gabbard, M.D., Brown Foundation Chair of Psychoanalysis and Professor of Psychiatry, Baylor College of Medicine)

Read more
See all Editorial Reviews
NO_CONTENT_IN_FEATURE
Tell the Publisher!
I'd like to read this book on Kindle

Don't have a Kindle? Get your Kindle here, or download a FREE Kindle Reading App.

I have recently finished reading Dr. Peter Olsson's fascinating book, The Cult of Osama, and would like to enthusiastically recommend it. Dr. Olsson has provided us with a rare insight into the mind of the most controversial and, many would argue, the most evil man of our time. Dr. Olsson, who has written extensively on cults, delves into what makes Osama, Osama. Filled with anecdotal evidence, we get a rare glimpse into bin Laden early life, and how his family influenced his decisions. I believe the book's strength is that, while attempting to understand bid Laden, Dr. Olsson refuses to offer these experiences as some type of excuse for his actions. Understanding does not delute the evil of the man. I found the book to be well-presented, with the lay person, like myself, in mind. Though not in the medical field myself, Dr. Olsson presents his findings in a manner that I could follow with ease. This is a must read for everyone.

Gary Boeger
Houston, Texas
Read more
0Comment| One person found this helpful. Was this review helpful to you?YesNoSending feedback...
Thank you for your feedback.
Sorry, we failed to record your vote. Please try again
Report abuse
4.0 out of 5 starsThe Mind of a Terrorist
ByRobert E. Whiteon January 1, 2008
Format: Hardcover
In Peter Olsson's first book Malignant Pied Pipers of Our Time: A Psychological Study of Destructive Cult Leaders from Rev. Jim Jones to Osama bin Laden, he takes the reader into the minds of cult leaders and skillfully points out the dynamic connection between the leader and his vulnerable followers while offering helpful advice to families who face the dilemma of extricating their loved ones from the cult.

Set up an Amazon Giveaway

This item: The Cult of Osama: Psychoanalyzing Bin Laden and His Magnetism for Muslim Youths (Praeger Security International)

Set up a giveaway

Your recently viewed items and featured recommendations
›
View or edit your browsing history
After viewing product detail pages, look here to find an easy way to navigate back to pages you are interested in.

Back to top
English United States
Please tell us about the issue.
Which part of the page? What's the issue?
Comments (optional)
Thank You!

Your feedback helps us make Amazon shopping better for millions of customers.
v